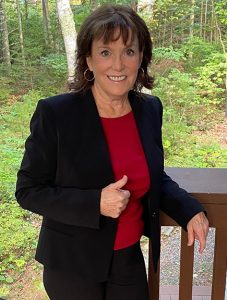 Beth Alison Maloney, J.D. consults nationwide on cases involving medically complex children including child protection matters, custody disputes between parents, and schools withholding necessary educational services. When the government seeks custody of medically complex children due to doctors alleging “Medical Child Abuse” and “Munchausen by Proxy,” she is the expert to whom many parents turn. These claims are generally made against the mothers of very sick children. Beth addresses these situations through her depth of experience with both the legal process and the medical system. She believes parents need supportive coaching through the process to avoid doing or saying things that inadvertently make their situation worse. Parents tend to try to explain away whatever they think the government’s concerns may be without fully understanding the concerns and the ramifications. Believing they “have nothing to hide,” parents sign releases, make statements, attend meetings, and willingly open up their lives to scrutiny. These actions, coupled with the “group think” of those determined to prosecute, lead to a storm of false allegations, skewered court proceedings, and heartbreaking results. It is crucial that families obtain appropriate guidance at the earliest point in time to avoid the devastation of a child protection proceeding.

Ms. Maloney also helps when parents hit a brick wall in finding appropriate care for children afflicted with the neuroimmune disorders PANDAS and PANS. Although she is not a doctor and does not offer medical advice, she has been instrumental in the recovery of many children.  As a leading national advocate for recognition and treatment of this disorder, a lawyer, the mother of a recovered PANDAS child, and the author of the two best-known books on PANDAS/PANS, she has a unique combination of skills. Ms. Maloney’s services are arranged on an individual basis.  Please contact her to discuss the scope of services and fees.

DISCLAIMER: Beth Maloney consults on legal cases nationwide. She offers information and recommendations that are not state-specific, but apply generally to cases across the country.  Whenever parents are embroiled in court proceedings, they should obtain counsel who is duly admitted to practice in the pertinent jurisdiction. An attorney client relationship is not formed by virtue of any information on this website and can only be created by formal engagement, confirmed in writing. Ms. Maloney is admitted in California and Maine. 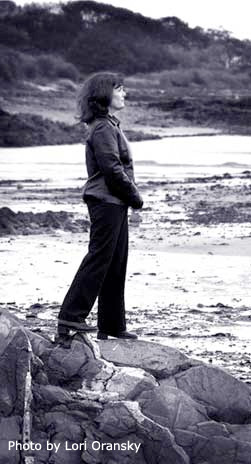 In 2002, Beth’s middle son, Sammy, suddenly began exhibiting a series of inexplicable and bizarre behaviors culminating with his complete inability to leave the home. He was diagnosed with OCD and Tourette’s. stumbling upon a little-known connection with strep, she wondered if that might be the cause.  The disorder—PANDAS—was virtually unknown at the time.  Once it was confirmed that Sammy had an overlooked strep infection, she embarked on a relentless quest to heal him.  The journey included visits to nine different doctors in four different states.  She knows first-hand what it feels like to bear the brunt of dismissive doctors while selflessly caring for a medically complex child.  Sammy, now in his in thirties, is fully recovered.  Instead of living his life in and out of mental health facilities as had been predicted by some of the doctors, he is a graduate of Carnegie Mellon University and is a successful software engineer.

By 2013, Beth was not satisfied that parents had access to the medical information they needed to address infection-triggered mental illness.  Tired of waiting for doctors to become more vocal, she published Childhood Interrupted: The Complete Guide to PANDAS and PANS, which remains a worldwide success.  In 2015, Beth was named by the Wall Street Journal in its article “5 Things to Know About PANS.”  In 2016, she championed the documentary “My Kid Is Not Crazy.” In 2019, she created the relationships that led to establishing PANDAS/PANS clinics at the University of Arkansas and UCLA.  In 2021, she was nominated for the Catchers in the Rye Humanitarian Award from the American Academy of Child and Adolescent Psychiatry. 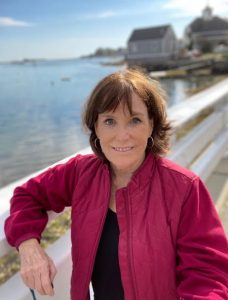 Shortly after the publication of Saving Sammy, parents began contacting Beth with horrific stories of the government taking custody of medically complex children solely because parents sought appropriate medical care—much as she had for Sammy.  These parents were accused of “medical child abuse,” and the cases were called “medical kidnappings.”  Recognizing the power of the press, she took the story of Justina Pellitier to the Boston Globe.  Published in 2013, it was the first in-depth, front-page print reporting of a medical kidnapping.  It spawned more than 50 stories in the Globe and was covered by the Wall Street Journal, USA Today, ABC News, and Fox News. The circumstances served as the backdrop for the 2015 New York Times op-ed linked here.

In 2020, the Maine Sunday Telegram/Portland Press Herald devoted front page reporting to the government’s attempted medical kidnapping of 4-year old Jaxen Steimlosk.  Jaxen is diagnosed with a progressive neuromuscular disorder.  Two child abuse pediatricians baselessly asserted that his mother falsified his illness.  Beth battled CPS, three hospitals, the Spurwink organization, and a cabal of physicians and other providers in Boston and Portland, to successfully prevent the government from ever taking Jaxen.  She took the story to the paper after achieving dismissal of the case.

Recognizing the frightening explosion of parents falsely accused of medical child abuse and the need for accurate information, Beth began writing her third book in the spring of 2020.  In response to a request from the Neuroimmune Foundation, she offered her first webinar on the topic in 2021.

Protecting Your Child from the Child Protection System was published in early 2022 and empowers parents with information not available elsewhere.  It throws open the doors to an otherwise closed system, and provides parents with the knowledge they need to make informed decisions when confronted by doctors and government workers determined to take children.

Back To Health Tool Kit

This twenty-nine page Tool Kit provides you with concrete steps you can take to partner with your doctor in improving your child’s health.

PANDAS Twenty Years Ago and Today